It is a real gift to be able to get away on a bit of a vacation without going too far from home. And really, you can draw a circle around Vancouver and hit any number of great places to go within a couple of hours. We are so fortunate! 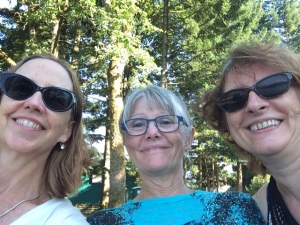 So, last Thursday after lunch I took off for Harrison Hot Springs with friends Chris and Catherine for a two-day mini-vacay. Chris, Catherine and I worked together at Christ Church Cathedral in downtown Vancouver in the late 1990s. We have all gone our

separate ways since then, and had many twists and  turns along the way, but we have always kept in touch, more or less often. Of course Emma came with us as well – can’t forget my lovely fur-girl!

First stop, Scott Road Skytrain Station to pick up Chris and Catherine.
Hard to imagine all of us in the little Fiat, especially since Miss Emma had a collapsible crate that might have gone flat but still had a big footprint! Luckily we didn’t have much luggage – Emma had the most!

Harrison Hot Springs is known – no surprise – for its hot springs, and of course for the lake. It was known to the Coast Salish First Nations long before European explorers discovered it. Known as Warum Chuck, the hot springs were believed to have spiritual and

super-natural medicinal qualities. The first European explorers, including Simon Fraser, missed the beauty of the area altogether, and it wasn’t until a freak storm during the Gold Rush landed people in hot water – literally! – that the area was ‘discovered’ and a resort was born! Harrison Hot Springs has been a vacation destination since 1886 and the Harrison Hot Springs Resort and Spa opened in 1926.

In 1943 the hotel became a military convalescent hospital, first for men and later for women of the armed forces. There is a great video, the Canadian Army Newsreel No.71 – Harrison Hot Springs shows up at the 2:45 mark.

Well it looks a lot different today. Here is a view of the lake from the hotel – Chris took this picture from the second floor window! 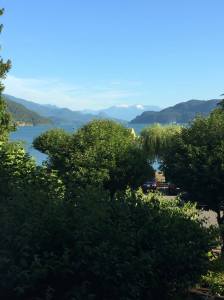 There is a big water park feature in the lake, trails all around the lake and the town – including along the Miami River that runs through town. 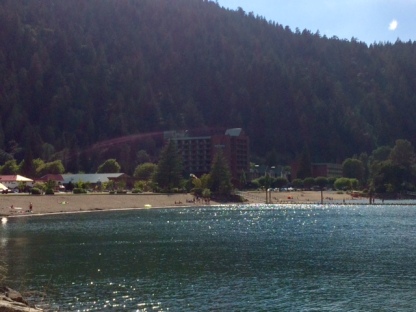 The river trails wind behind houses, sometimes appearing to be part of their back yards! 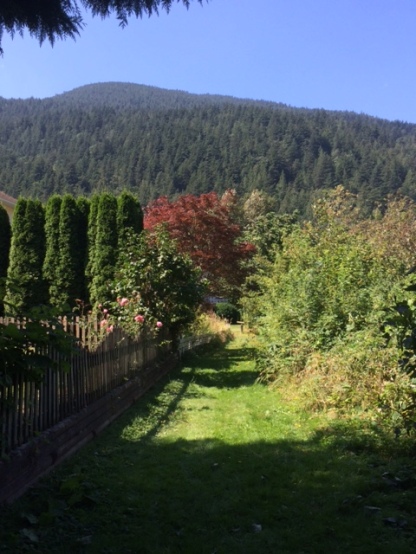 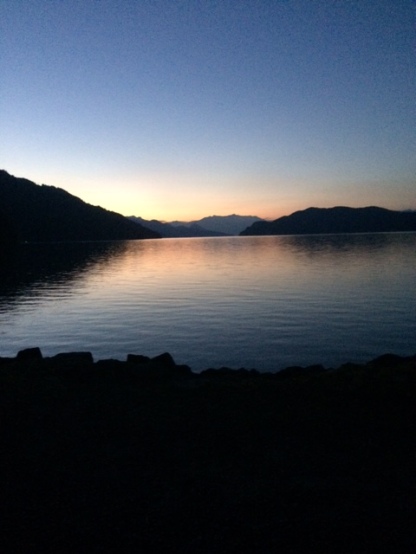